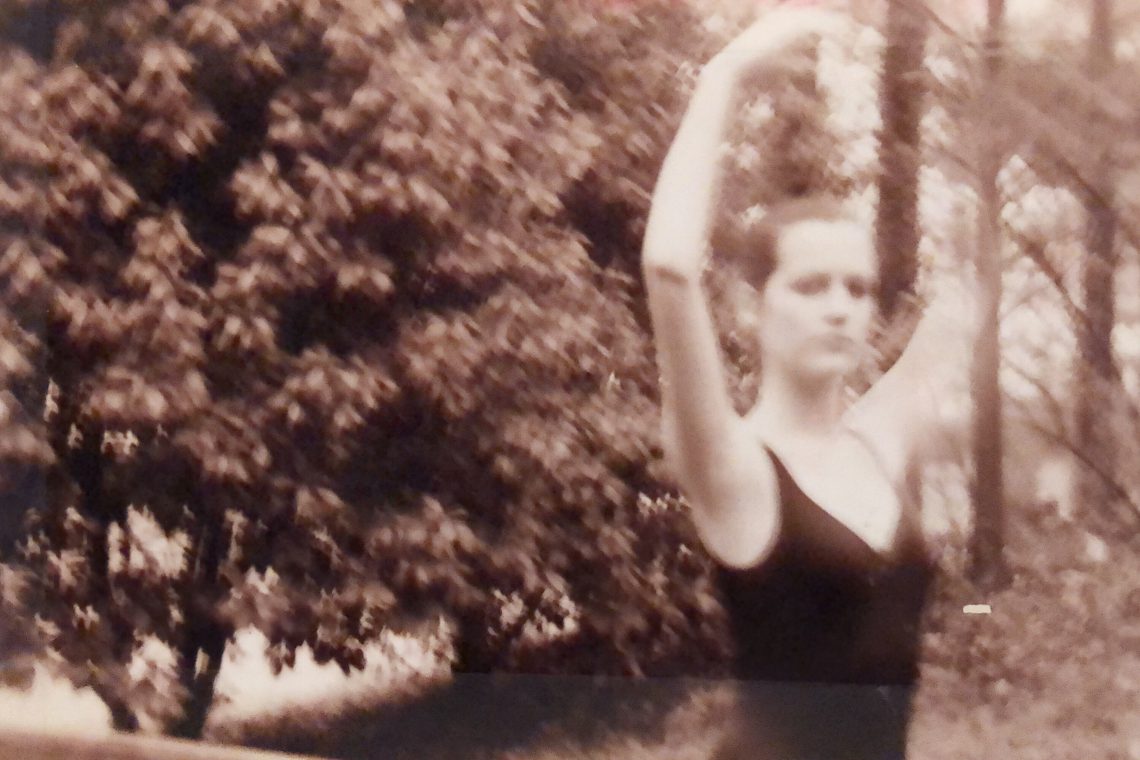 I was trying to figure out exactly how long I’ve ACTUALLY been dancing. How many cumulative years I guess? Hours of my life. I wish I had it documented somehow/somewhere, but all I have is my memory, and unfortunately I interspersed (COMBINED?) periods of intense dancing with periods of intense… how shall we put it… binge drinking. So. Yeah. Unreliable narrator over here. Unreliable curator of my own past. Whoops!

FIRST (adult) BALLET CLASS: A wild guess that it was 1999? Earlier? Later? Ok. I was driving to like Pineville or some farflung suburban campus to take class once or twice a week, sort of regularly, for a year or two?? Then maybe I went to Charlotte School of Ballet and took classes with the little kids sometimes. This all happened between 2000-2002 because I KNOW that in 2003 I went to CPCC (central campus) and more or less learned to dance. I was taking 3-4, 5?? classes a week and I got pointe shoes and my life was very weird in such a way that this was all I did, plus working part time at Walgreens in an affluent suburb which may or may not be the best job I’ve ever had (ok it’s not. But it was pretty freaking sweet).

In 2005 I moved to New York City and I remember I rode the subway to exactly one ballet class and I felt very fancy on the subway in ballet clothes like maybe a real ABT/NYCB ballerina feels every day. Maybe very ill-informed fellow subway passengers even MISTOOK me for one.

Yada yada yada, my life falls apart, I move back to NC and then what? It’s 2006. Everything is terrible. Then it’s 2007 and everything is still terrible. I think I am just running as fast as I can to sad songs on a very large ipod and going to the YMCA to take yoga and kickboxing classes. I don’t think I’m dancing at all. Except at THE CLUB aka a neighborhood bar where nobody else is dancing. And probably at house parties before I run away barefoot into the forest to make out with a bottle of Elijah Craig/dig a hole into the ground until my friends report me as a missing person and the cops come to the party to find me and I get in trouble with everyone while I have leaves in my hair and dirt in my nails and smashed birthday cake on my face

Where were we? Oh yes 2008, I have made the impulsive decision to go to college. Well that was in the fall of 2007 but it took a second for my life to resemble any kind of normal person’s life. I am riding my bike to school and taking dance classes for PE credit at college. I take every dance class that is offered for PE credit. When did I change to present tense? Who cares moving on. So I took ballet and modern. I danced in the school recital! THEN in 2011 before I could graduate college (!!) I had to do an internship, and I got one helping out with the summer intensive at North Carolina Dance Theatre School of Dance (now Charlotte Ballet). I got to take free classes during my internship and then when I did graduate (!!!) and got a real job (!!!!!) I paid for classes with my own money and sometimes volunteered to help out with performances, which was super cool and fun. In 2012 – 2013, I was taking two classes a week at NCDT and one class a week at Open Door studio, which was an intermediate/advanced class that really pushed me out of my comfort zones. I performed in a recital with other adult students for Open Door and it was so fun/scary! I supplemented all this with what was essentially a VOGUING class at the YMCA called Cardio Funk, which was awesome.

THEN MY life flip-turned upside down ONCE MORE although in a less… boozy way… and I ended up moving to coastal NC (where I took only 3 dance classes over one year, but lots of yoga), and then to Las Vegas! Where I danced once a week for maybe 6 months at one point. I tried. I was in Vegas for three years and now, ALL THE FREAKING SUDDEN I am 33 years old and back on the east coast in Atlanta, feelin happy and normal and READY 2 DANCE

I found a studio I really like and I have started taking beginning/intermediate ballet there on Mondays and beginning ballet on Wednesdays. I also found a hip hop cardio/funk type of class at the YMCA on Thursdays that is very reminiscent of my Cardio Funk class in Charlotte! So I have been trying to go to that as well.

Oh there was a point to typing all this out. So let’s say I danced “regularly,” more or less, give or take, for these years: 2000, 2001, 2003, 2004, 2008, 2009, 2011, 2012, and half of 2015. 8.5 years’ dance experience spread out over very nearly 2 decades! Should we include the plie-releves I do after every shower? If so let’s just say I’ve been dancing for 20 years. Yeah! Let’s just say I am a dancer. In ALL SERIOUSNESS though a dancer is something u are in yr heart. I have the utmost respect and admiration for professional dancers but they don’t own dancing. Dancing is a form of art and art is the math the hidden universe is based on. We all came from it and have access to it if we just close our eyes and reach out.