Alas! I did not take a dance class in New York! I took a great yoga class, though (at Yoga to the People in St. Marks, highly recommend). I was afraid to dance because I injured (?) my foot/ankle/I don’t know what’s going on.

I woke up a few Saturdays back (March 2) with a stiff foot, like as soon as I got out of bed and stepped on it, it hurt. I brushed it off as general stiffness and not a concerning injury, because it felt like the former!

So I went on to ballet class that afternoon. Which is where I realized something was actually wrong. I let Taylor know during our stretch break and then I ended up sitting out all allegros, which felt weird and sad!

I realized it was hurting, a sort of unspecific pain in my ankle/heel area, when I pointed my foot and when I flexed it, although if I just stood there it felt fine, and even relevés felt fine? Anyway it was a no go for jumps for sure. When I got home, my ankle was swollen! Not a huge amount but definitely swollen. Womp, womp.

Okay I should have gone to the doctor. I should probably still. I just haven’t gotten a primary care doctor since I moved to Atlanta and it seems like a whole thing. Plus I immediately had to go out of town. I’ll just see how things go this week. ANYWAY I feel like this is boring and I’m taking too long describing things. But I can’t stop! So! Sunday, the next day, I was able to stay off my foot completely the entire day; I even made my fiancé walk the dog. I skipped ballet class Monday night. Don’t usually go on Tuesdays. On Wednesday, I started to get dressed for ballet, looked down at my ankle, and it’s STILL SWOLLEN? What the heck? Just a tiny tiny amount but if I looked closely and compared with my other foot, I could definitely see a tiny bit of swelling. The swelling is like……..

Please hold while I google—and I know this is SO FASCINATING so let me get MORE DETAILS for you complete with diagrams and write about this in my blog extensively and not go to the doctor, okay? OKAY! 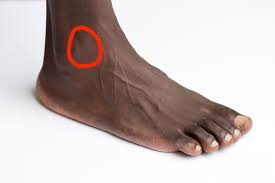 The circled area is where the swelling was/is.

Anyway so I panicked on Wednesday and did not go to ballet class. Then I told my friend to plan on yoga with me instead on Friday and I left for New York!

I didn’t do ANY ballet things in New York by the way. The major companies weren’t performing, and I considered but couldn’t fit in a trip to the Jerome Robbins collection. However, while at the Guggenheim to see the Hilma af Klint paintings, I did see one single Degas.

So… there was that.

I don’t usually go to NYC very often (last time was 2 years ago) even though I have two close friends there and a bunch of acquaintances. But after this trip, I want to make an effort to go more often. So I can see ballets! And also there’s just so much to do, too much for a long weekend.

Although the trip suffered a dearth of ballet activities, it was not without dancing! I was even in a subway dance party that sort of kind of went viral lol. I posted about that on my main Instagram account.

I was also worried about all the walking with my foot issue, so I bought some gel cushions for my boots. Maybe they helped? I didn’t have any pain, but I was still worried how it would feel when I went back to ballet class on Monday.

I let Calla know at the start of class that I was having problems, and she was very understanding. I started class very gingerly and then started realizing I wasn’t having any pain at all, so I kept taking relevés when offered and just… did the entire class and it was fine?

I dunno, it still feels a little off. I really want to go to that Thursday class I just added, but after that I might take another break, and skip Saturday’s class (especially since Taylor let us know there will be a sub). I went to class on Wednesday and I did have some twinges—most noticeably during petit allegro when we did 4 assemblés in a row and Taylor was calling out “Plié!!! PLIE!!!!” so I did a really deep demi-plié and PING!!!! My heel really objected to that. But it didn’t continue to hurt.

SOooo I dunno, sorry this entry is so boring, just wanted to check in. Other than concern with my foot, classes have been really fun, maybe because I was forced to take that break. During frappés on Wednesday, we had a two-part combination with some double frappés to a plié-relevé situation, and Taylor was calling out the combination when we all realized she was calling out half-time and we were doing it up to speed (or double-time? Idk, what is mussic) so she immediately stopped calling it and just let us go on. After the combination she was like, “I meant for that part to be slow, but you guys had it! You were on it!” A woman next to me said, “We’re just cool like that.”

We also did a really pretty adagio. It was super short: two demi-pliés with port de bras, port de bras forward and then back (with one arm in fifth one in first, suuuper prettyyyy), and then developpé front into a grand rond de jambe en l’air and that’s it. But the grand rond de jambe en l’air was basically hell on my eternally effed right hip. Which sucked because it’s already a hard move that takes a lot of muscle, and then to have joint pain on top was just like, kill me now. Maybe if I EVER go to the doctor and they refer me to a PT I will make them cure my hip along with my foot. CURE IT! CURE IT DAMN IT!

That was totally me in class yesterday. Just take my word for it.

Walked In Then I Turn Out 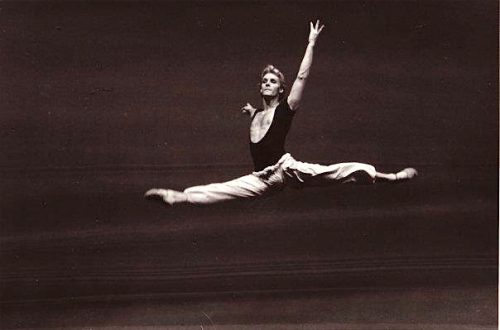 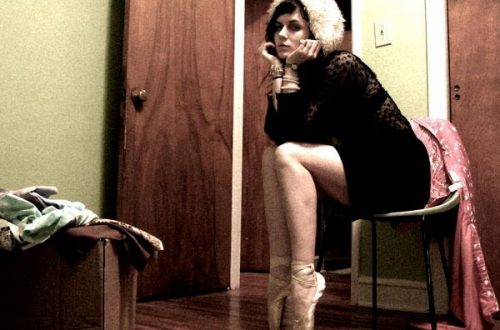