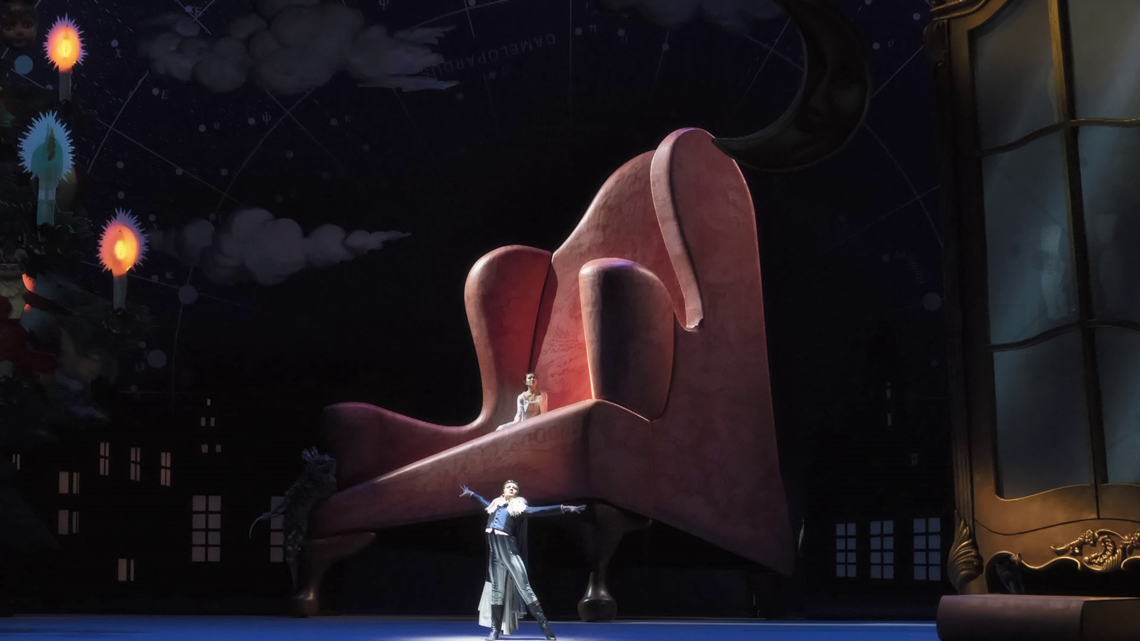 I had an abrupt start to my holiday break when I came down with the flu. I ended up missing what would have been my last ballet class before break. The good news is I only missed one scheduled class. The bad news is that because of that, I never bought a new class card, and now I can’t bring myself to spend $100+ on top of the cost of the unlimited class card I want to buy for this semester (I think I wrote about the awkward start times last entry—I can purchase the pass next week, but adult open classes have already resumed).

So my plan is to tide myself over by paying full price for one class this week (my usual Wednesday class with Taylor), and then to jump in feet first (there is some witty ballet pun for the taking here but I can’t even) when the semester officially starts. Wednesday is tonight! Aaaaaaah!!! It literally seems like years ago since I went to ballet class.

Perhaps because a lot has happened since then!

After I had recovered from the flu, my boyfriend and I went to go see the world premiere of Atlanta Ballet’s brand new Nutcracker. The special effects were breathtaking, such that near the beginning of the production, I wasn’t sure if I was seeing real life dancers or a hologram! It was really cool. The dancer who stood out in my mind the most was the woman who played a snake in their new version of the Arabian dance. She came out of a basket, danced with two “snake charmers,” wore a sleek black unitard and did snakey moves and it was GREAT. They also replaced that weird Mother Ginger part with all the kids under the giant skirt of the mom, with two adult dancing chickens and lots of little children dressed as chicks. It was really cute!

For the dream-tour around the world, they had beautiful but stark set design, and only the performers/soloists were on stage, meaning Clara and the Prince were offstage. Although very beautiful and aesthetically pleasing, I felt this took some of the warmth from the performance. There was always something special about the dreamworld performers dancing for their guests—here they were just dancing for the audience, which kind of took you out of the story a bit—even though of course it’s not like it’s a play, it’s no big deal to break the fourth wall—I still kind of noticed it and missed that from traditional Nutcrackers.

Is this burying the lede? Of course not, this is a BALLET BLOG and the headline is MY BALLET NEWS. But here it is: after the Nutcracker, my boyfriend and I went to a nice dinner, and after dinner while taking a photo in front of a Christmas tree, my boyfriend proposed! Now he’s my fiancé!

I spent the entire break wedding planning all day every day, because we are having a short engagement and getting married this summer. So, in a surprise to no one, I barely even thought about ballet over the break, let alone taking youtube classes. I did do plié-relevés in the kitchen nearly every time I cooked something, so, I’ve got that going for me, which is nice.

Wedding stuff has not affected my planned ballet schedule once I purchase the pass. What better way to get in shape for the wedding?! I plan on taking class Mondays, Wednesdays and Saturdays. These will be my three regularly scheduled classes, meaning I should and will feel guilty if I ever miss one. However—if can do so without burning out or neglecting wedding planning/work/cooking/life, I can also go on Thursdays and/or Fridays. So we are looking at at least 3 classes per week and up to 5 per week! I’m excited. Here we go!