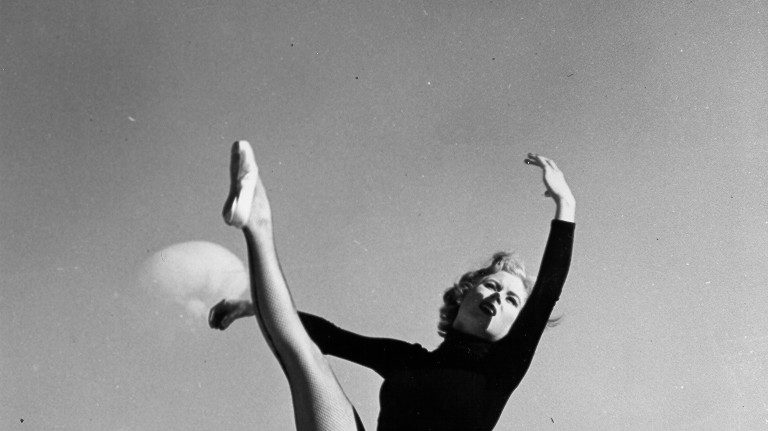 Ha ha ha ha ha I thought she would take it easy on us for the first class of the year.

I got to class and the barre was already almost full. I hate being on the extra barres floating in the middle of the room. Plus when I’m on those, I panic every single time that I’m facing the wrong way. Despite however many hundreds of ballet classes over the years. Because you’ll be facing an opposite direction than a row of ladies right next to you (left hand starts on the barre no matter where you are in space) and it never feels right! Or is that just me.

Anyway so I selected an open spot on a wall barre that was right at the door at the front of the room. So I’m just staring at myself head-on. I had picked this same spot during a class before the break and had found it very painful, emotionally. I am pretty used to my body in ballet class from a side view and everything looked wrong and awful en face. I think it was a little better this time because I was wearing darker clothes.

I’m so glad these classes are popular, and it was nice to see that one of total beginners from last year stuck with it, as well as lots of new faces and most of us regulars. But I really wish we had a bigger studio! There were 12 of us in class but it felt so cramped. Oh well.

We started off with a pretty plié combination and then she just went right into this crazy fast tendu combination where we didn’t even have time to fully extend/point our feet. I wondered if eventually I would be able to. It really seemed impossible.

Then we were offered the option of doing fondues on relevé, which I took, like an idiot. I watched myself slant and skew and wobble in the mirror. In my normal-life posture, one of my shoulders has a habit of hiking up, so I’m always kind of fighting that in ballet class and trying to monitor my shoulders to ensure they are even. During fondues, I watched them see-saw in the mirror and I was like why is this happening until I remembered I was doing relevés. I want to work on my demi-pointe but not at such cost. I mean everything collapsed. It was horrible. I did not do frappes on relevé.

A new face in the class was a young woman wearing a cute leotard and sweatpants. I thought she was an advanced dancer when she walked in. As class went on it became clear she was still learning very basic steps. But that confused me because her posture was so straight, like a professional ballerina’s. I was trying to come up with a theory on what exactly her dance/sports background could possibly be. Like maybe she does tumbling or cheerleading? She was in a different group than me, so I was able to watch her a bit, and I just became more confused. She didn’t have the feet/turnout of someone who has danced before, but from the waist up she looked like a born dancer. She also seemed to really pick things up fast. She did a jeté that honestly looked perfect. Who is she

She was also very young, so it wasn’t like she was a dancer as a teenager but hasn’t danced for 20 years. She is probably still a teenager. So like, does she have massive quantities of natural talent or does she do some other sport that lends itself nicely to ballet? I’m so curious!

There was a woman in class who I hadn’t noticed until we were going across the floor (I really don’t scrutinize other dancers during class, I promise) and when I happened to watch her for a combination, I realized she was a former serious dancer. You know how you can just tell. I always love to watch and learn from those ones. Even if they are super rusty they always have such beautiful quality of movement.

Which leads me to after class, when the mystery young woman in the cute leotard strode by and said, “Great job!” to me, to me specifically, which made me laugh with surprise and I said “You too!”

But that made me wonder! Do I look like I know what I’m doing?!

It’s kind of weird. So, in Wednesday’s class I guess I was the person with the most experience. Me and the former dancer. It’s just funny because the version of myself that exists when I’m the “best” (huge quotes around that) in the class is like a different person from the version of me in class with more advanced dancers. When it’s the former, it’s not that I have tons of confidence, but when I can tell that most others in the class are hesitant, unsure of the steps, shy, etc., I’ll just step up and go to the front/middle whatever. It’s not that I think I’m so great, it’s just that I’m immune to the humiliation of ballet class at this point.

I’m not saying “Look at me, I know what I’m doing,” so much as “I volunteer as tribute!”

If there are a few other advanced dancers though, BAM I’m in the back row.

Ballet is weird, man. You can learn so, so much and still be so far from mastering it. If ballet is a spectrum from absolute beginner to master dancer, your spot on the spectrum is just completely unstable. It’s like some kind of ballet uncertainty principle.

Do I look like I know what I’m doing?

I guess it depends who is observing me.

Fun fact about the featured image for this post: The dancer pictured is posing near a nuclear test that took place at the Nevada Test Site, where I used to work before moving back East. I first found her while digging through our archives. I don’t believe the full archives are online anymore, but this guy did some digging and came up with some fascinating info. 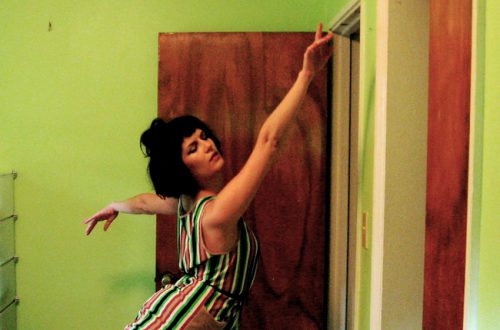 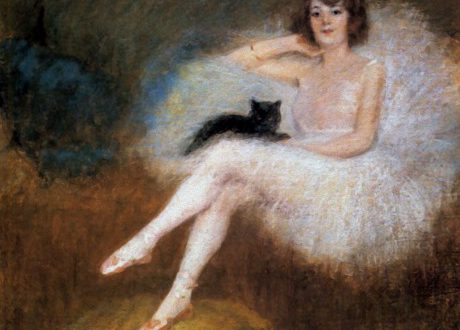