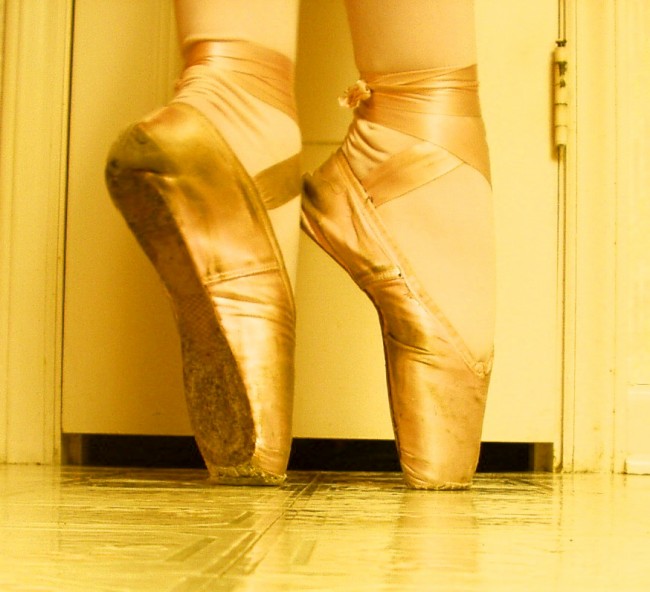 Sometimes the classes I miss the most are dancing at CPCC with Katharyn Horne. I believe that’s the only time I’ve been exposed to Cecchetti style and I kind of hated it. Everything was different and weird. I remember randomly taking classes at other schools here and there and how excited I would be to use port de bras during plies at the barre.

For some reason I am not finding any breakdowns of a typical Cecchetti class on Google. Might I have to hit the actual library, by moving my actual human body in space? Jeez Louise. Until I do, we must rely on my memories of a time 14 years ago…

I won’t be able to remember the exact order, but barre was as jumbled up as if you wrote barre exercises on pieces of paper and randomly drew them out of a hat. I mean they were in the same order every time, but the order didn’t make any sense. Like grands battements were at the beginning of barre, not the end? And it was always the same choreography. “Okay let’s take our plies,” Katharyn would say, clapping and walking away.

I do distinctly remember that the class started off with grand plies in second position. As I mentioned, we did not use port de bras for these and just sort of used a breath with the arm low.

The studio was huge, with wooden floors. We used rosin. I loved using rosin. I loved when it worked into the crevices in my shoes and patchworked white splotches all over my tights from where my toes touched. Sometimes I would be the lucky one to notice the rosin box was getting empty; I loved pouring more in and crunching the crystals into powder with my feet.

So many times in those classes, I felt overwhelmed. The steps were difficult, too complex, too fast, but we had to drill them over and over and over as best we could. We did turns in second, we did grands battements on releve, we were encouraged to come to pointe class and do the drills in soft shoes so we could get strong. I got praise from Katharyn a few times for attending the lower level classes as well as the advanced classes, as an example to always take class, always work on technique.

Although so much of it has faded from my memory, I think a lot remains in my muscle memory. And I think it’s good technique to have in there (hello in there! she shouts to the memories stored in her calves).

One thing I do remember with my actual brain is that we could not rest our ankles on the barre during stretches. I believe we had full combinations for barre stretches every class; it wasn’t a free-for-all. And the arabesque stretches were always killer if you happened to be on a high, single barre. You couldn’t just… not do it. You had to flop up there like a hooked fish, dangling in the breeze with your leg stuck out behind you, and then smile grandly as you heaved your torso upright and began plie releves on your standing leg, and of course the port de bras to the back! With a difference of like two inches! Ahh good times.

Anyway, during the barre stretches we had to rest our foot on the barre at the heel. Not the ankle. And yes this was fairly painful on the heel, on our industrial metal barres. But I still do it to this day, because I don’t want to be lazy!! We were also never allowed to simply take our foot off the barre and let the leg drop. Every time, we had to LIFT the foot (even in arabesque!!) as high as we could (ok 1 inch yr welcome) and then gracefully and with control lower it to a tendu.

Another thing I remember is learning pirouettes, Katharyn would tell us to KEEP OUR FEET ON THE GROUND. We were supposed to do a quarter-turn with flat feet, just swiveling in fourth. That way the actual pirouette is just a short balance, no sweat. She would also jerk her thumb to the working leg constantly, “Weight to the working leg! ALL OF IT! GET OVER!” She told a story about how she learned to nail every turn every time when she had to dance holding a huge, heavy staff in one hand. It pulled all her weight over to the working leg side and her turns were perfect. Of course this was a little bit of psychological manipulation, but it was helpful since almost everyone falls to their standing leg, rather than putting TOO much weight over their leg.

Speaking of big sticks, Katharyn carried one. To smack us with. To bang onto the ground to startle us out of our bad habits and poor technique. And she grabbed us, poked us, took us by the ankle and wrenched our leg in its socket until our heel was “presented to the audience” like a million-dollar prize. Pushed our hips down, pulled our legs up, up, up. “There!” letting go as our leg slowly drooped and swiveled to its original position.

I took pointe classes and my feet bled just like in the movies. It was such a happy moment when Katharyn approached me and told me to try the pointe classes in actual pointe shoes. There was another dancer with the same size feet as me, and I got to use a pair of her dead shoes to start out with (another torturous thing to make us strong!!). Of course pointe class was degage-pique-sus-sous x1000, with thrilling center work of echappes and then of course bourres in an infinite diagonal line. Katharyn told us to put iodine on our feet to make the skin strong and tough. New-Skin for blisters. Lambswool in toe boxes. Medical tape on toes. That’s all you need!!

After taking class there multiple times a week for the better part of two years, it started to feel like such a treat to take a different style of class, where we did demi-demi-grand with what felt like outrageous port de bras. The teachers would have us do things just because they looked pretty! Or because they were fun! We did frappes on flat!! At CPCC really think we did all frappes on releve every time… that sounds implausible, but I think it’s true. There were definitely one or two barre exercises, or maybe just variations, that we never did.

I cried in those CPCC classes sometimes, and after class more than sometimes. I think I even ran out of class crying once.

It was frustrating, sometimes it was boring, it was hard.

But if I have any technique at this point, it came from those classes. Like I said, my body remembers those years. And now as I take my “fun,” “pretty” classes with nice floors and port de bras and pop songs remixed into ballet music, I miss CPCC and Katharyn. Those classes were like the idea of ballet I had as a child—there would be a strict teacher, there would be rosin, there would be blood, sweat and tears. I would cry. But it would be worth it, because it would be beautiful. 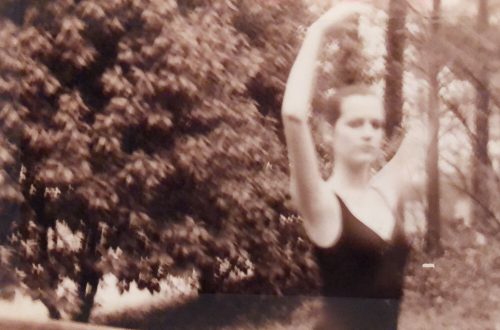 A brief history of temps